Somehow, perhaps with the help of her foster brother Thomas Colepeper, perhaps with that of the spymaster Killigrew, Aphra Behn was introduced into London theatre circles. By the mid 1660s there were two licensed theatre companies, the King’s and the Duke’s, each with its own premises, company and repertoire. Each had opened in the early days after the Restoration – there had been no public theatre in the days of the Commonwealth. London had taken again to theatre going, and those who could afford it would see almost every play that was staged. But as only a few thousand people in London were theatregoers, this meant that many new plays were needed. It seems that part of the responsibility of a playwright at this time was a close involvement in the rehearsal process, acting essentially as director – although the leading actors had a lot of influence on the process. It is clear, too, that the initial script of the play was often changed substantially during rehearsals. 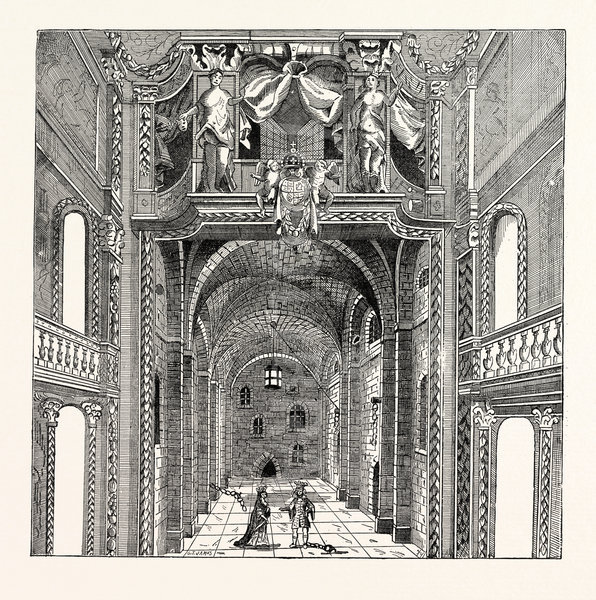 Aphra Behn probably started by copying out scripts (all by hand, of course) for other writers – parts were needed for each member of the cast. She may then have gone on to writing “practice” plays for the drama school that had been set up to train the new actors. Before the civil wars only men and boys had appeared on the professional stage, and by this time it was over twenty years since the theatres had closed when the fighting started. So there were only a few, older, surviving male actors and no actresses when the theatres reopened.

It was in 1670 that Behn’s first play opened, staged by the Duke’s Company. “The Forc’d Marriage” is a tragicomedy featuring multiple love stories and a story of jealousy. It, and her next two plays, did only respectably well, although evidently well enough to keep Behn writing and the company management happy to keep staging her work. She also helped to make ends meet by writing poetry which was printed and sold in sheet form, and to translate French works into English. 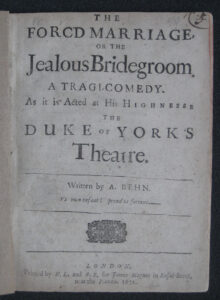 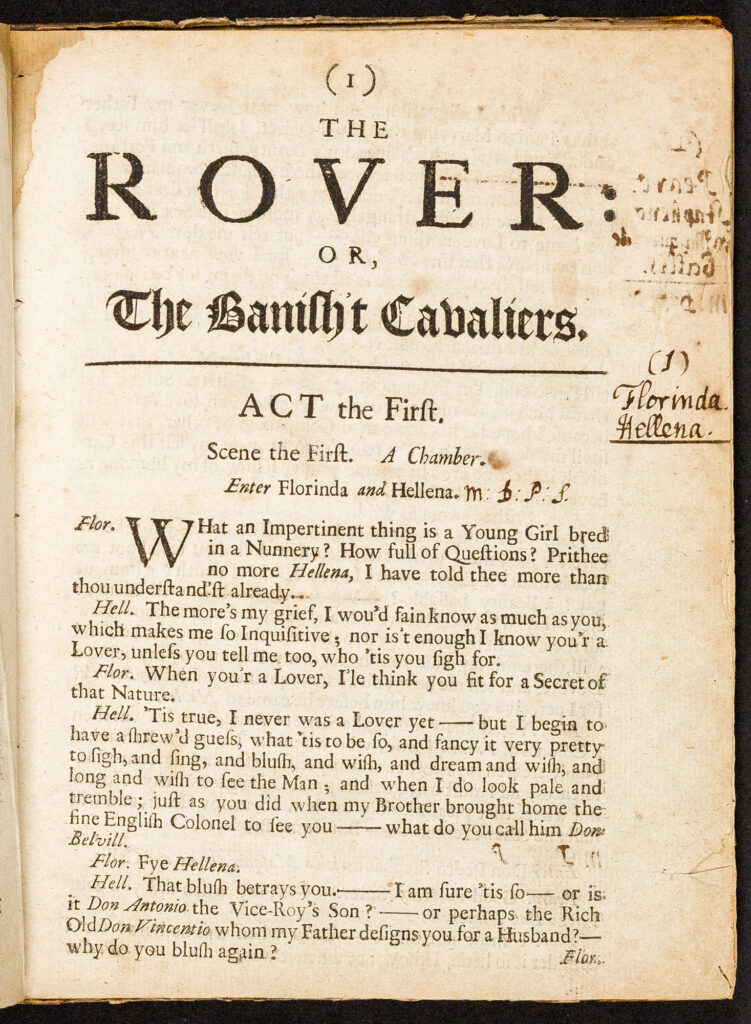 It was when she started writing social comedies such as “The Rover” that Behn’s plays began to be really successful. At this time, too, she began to publish and sell the scripts of her plays. This was an additional source of income. It is likely, though, that Aphra Behn needed to work hard to make a living throughout her life: she left her final play, “The Widow Ranter”, drafted out but with its final scene unfinished at her death.