London underwent a dramatic transformation during Aphra Behn’s lifetime. When she settled there, it was to the old mediaeval city that she came. And in September 1666 four fifths of that London was destroyed in the Great Fire.

We do not know how much time Behn spent in London before 1666, and therefore how well she would have known the old city. We do know that she lived for many years in the area around White Friars, to the south of Fleet Street. This was one of the areas affected by the Fire – so her lodgings must have been in one of the new houses. As there is no record of her ever owning a house, it is likely that she, like most Londoners, rented rooms or was a lodger in someone else’s home. White Friars was close to the theatres, to the law courts where many of Aphra Behn’s friends worked, and to the Thames which was still London’s main highway. 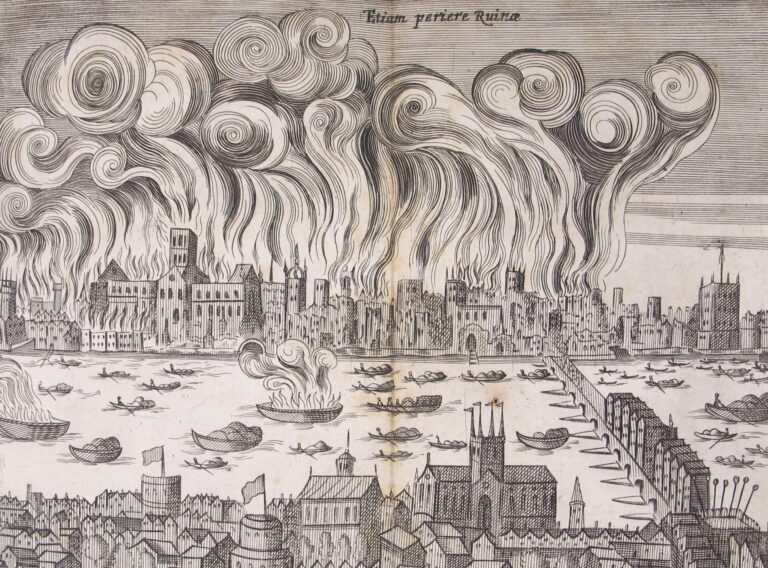 In the aftermath of the Fire the centre of London began to move westwards: many of the grand houses in what is now the City of London were never rebuilt, their owners preferring instead to build in the newly fashionable Mayfair. In Behn’s time London, and so much else, was in a state of transition. 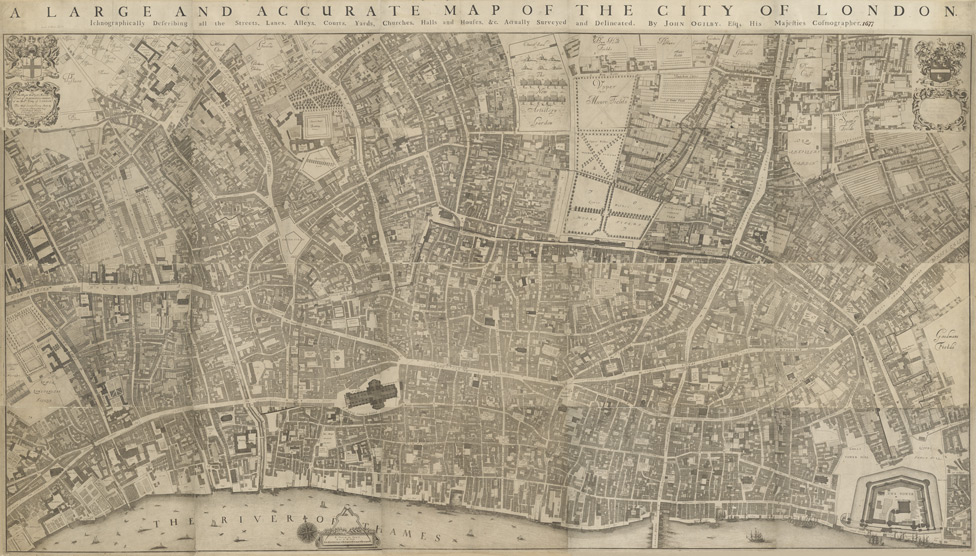 Behn’s own circle in London included lawyers – her work displays a detailed knowledge both of legal cases and of how courts work – as well as members of the new Royal Society – some of its members and their scientific interests are lampooned in “the Emperor of the Moon”, whose action calls for a twenty-foot telescope to appear on stage. Her plays are set everywhere from Greece to Virginia, but all of them have their feet firmly in the real-life London where their author lived.

So Aphra Behn had experience as well as imagination to bring to her own writing when the time came. And she took steps to make sure her audience, both in her own time and in the future, should know as little as possible about her. And, for over two hundred years, she was almost forgotten. So we have to find out and to use our own imagination.