Spies ABroad... Aphra Behn and the world of espionage

Governments have employed spies since there have been governments.  So, too, have conspirators.  And Aphra Behn lived in times rich in both rival governments and rival conspirators.  Then, as in times before and since, a pretty woman was a useful tool – she could get away with more, be more curious, ask more innocently awkward questions and be sweetly insistent.

When Aphra Johnson was in her teens, England was a republic – the shock waves from the execution of Charles I were still spreading, the country was profoundly divided, the young Charles II, having narrowly escaped with his life after the Battle of Worcester, was desperate for any sign he might hope to return, Oliver Cromwell’s regime was equally desperate to suppress any sign of a serious attempt to allow him to do so, and information was on sale at a price.  Royalist groups such as the Sealed Knot made increasingly wild plans for armed uprisings.  An educated, but impoverished, young woman such as Aphra Johnson might well have earned her keep by carrying letters or messages.  We don’t know for sure.  But it seems likely. 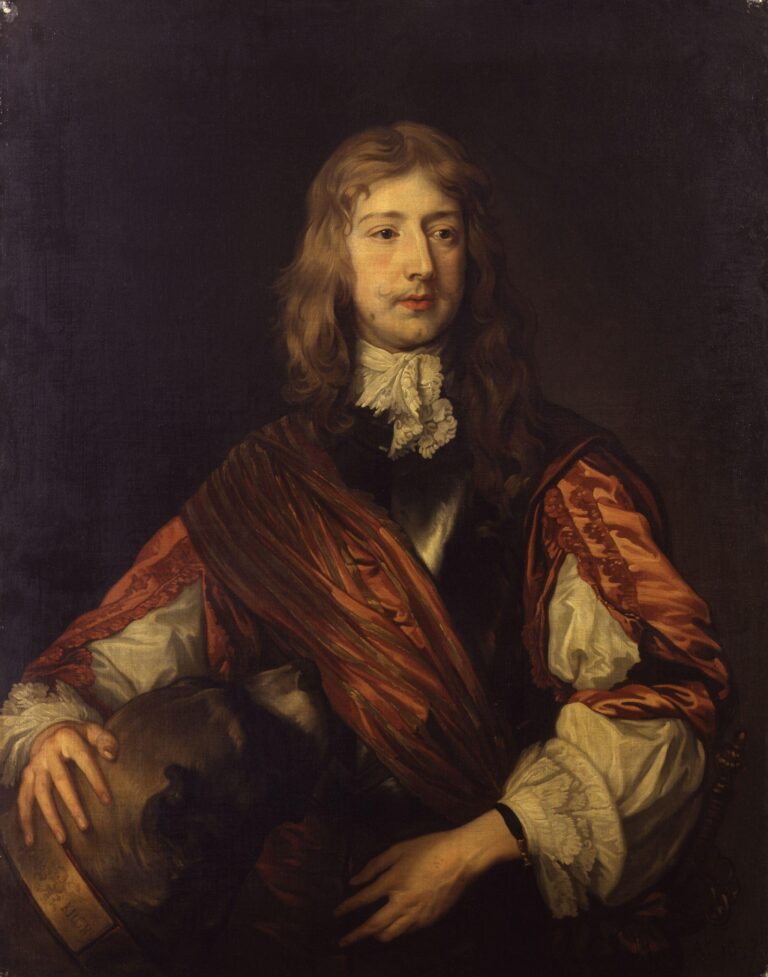 In the years following the Restoration the regime of the newly returned King Charles II let it be understood that, except for those who had signed the death warrant of Charles I, bygones would be allowed to be bygones.  But it wasn’t that easy.  There were “people of interest” who might not be prosecuted immediately, but who would be better back in England, where they might be watched, or perhaps made quietly to vanish.  There was a semi official department of state, headed by Lord Arlington, the equivalent of the modern day MI6, dedicated to intelligence gathering and “neutralising” anyone who might be a threat.  Their remit went far further than the elimination of the few still-at liberty regicides.  Many of the people who had supported Commonwealth rule had prudently gone abroad in the aftermath of the death of Oliver Cromwell.  Now they were mostly lying low to see what the Restoration wind would blow.  And the English security services wanted to keep them in sight. 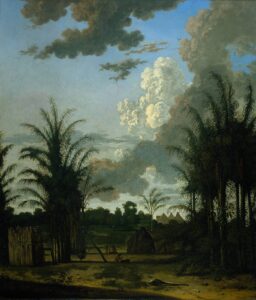 Aphra  never confirmed she had been to Surinam.  It is overwhelmingly likely, however, that she, her mother, brother and old nurse made the long and dangerous journey.  The most likely version of events is that Bartholomew Johnson, Aphra’s father, had died, and that his widow and children were left with little money.  So Thomas Colepeper, her foster brother, may well have made the necessary introduction to the security service recruiters:  a way for an educated and intelligent young woman to serve her country while making a living.  The young Aphra, now codenamed Astrea 160, was tasked to track down a man named William Scot, son of Cromwell’s secret service chief, now executed, and convince him to leave Surinam and return to England, with appropriate safeguards and payment.   There had evidently already been some contact between the younger Scot and the Restoration security services, and he was considered significant enough to take some trouble to secure his return.

In a memoir written a few years after her death, it was claimed that it was Aphra’s father, a relative of Lord Willoughby, the governor of Surinam, who appointed him the lieutenant governorship “of six and thirty islands, besides the continent of Surinam” who was the reason for the journey, but that he died en route.  This claim owes its origin to the story of the narrator of Behn’s novel “Oroonoko” – she never claimed that it was drawn from life.  The strong likelihood is that Bartholomew Johnson was dead by 1664, as he vanishes in that year from the record.   And a Canterbury barber surgeon is an unlikely candidate for such a senior appointment.

If we assume that Aphra Johnson and her entourage were in Surinam to negotiate with Scot, the mission was unsuccessful.  However, she and Scot did meet.  It seems that Aphra Johnson stayed at one of the great houses along the Surinam river, and that she had a number of meetings with Scot, perhaps falling in love with him, before she was sent off home by the resident deputy governor, William Byam, who evidently resented the competition she represented, as well as the fact his permission had not been sought for her visit.  It is likely that it was on the return journey that Aphra met Johan Behn, who she probably married, and whose name she was to use for the rest of her life.  Back in London, Aphra Behn, as she now was, had an audience with King Charles II to present a report on her mission.  Evidently she, and it, met with enough approval for her to be offered further work.

1665 was the year of the Great Plague, which killed up to a fifth of the population of London, and it may well be that the life of Johan Behn was among those it claimed.  Certainly he vanishes from the record, apparently leaving little but his surname and the useful status of widow to Aphra.  Certainly she appears to have been free, in search of ready money and with her own way to make in London.  It seems to have been via Thomas Killigrew, head of one of the two licensed theatre companies of the day, that Aphra Behn was offered the opportunity of a second spying mission. This time the journey was shorter:  the “person of interest” was again William Scot, who had moved from Surinam to Holland.  The brief was to negotiate the terms of a return to England for him.  As Scot was in debt both in London and in Surinam and had enemies in both, this was a complicated task.  It was to take the twenty six year old Aphra Behn out of her depth and into debt herself.

We know the story of the next few months in some detail, as the letters to her bosses written by “Agent Astrea” all survive. She had been given a simple code to write in, involving referring to people by their given number.  There was also a book of instructions, “Memorialls for Mrs Affora”, listing the targets she was to try to achieve.  Scot was playing a complicated game, as he was not just a double agent, in the pay of both the English and the Dutch, but in the pay of different factions in both countries.  Aphra and her entourage finally settled into lodgings in Antwerp and she began what to prove to be long drawn out and tortuous negotiations with Scot.  The cash advance she had been given in London soon ran out, and the mission, always improbably, was going nowhere.  Scot was extremely wary, determined not to go the way of his executed father, and, in serious debt, equally determined that any expenses incurred in the negotiations should be borne by Aphra.  So when they travelled out of town by coach or had dinner together, it was she who picked up the bill.  Her letters home increasingly became pleas for money rather than reports.  At this time, unknown to anyone in Antwerp, the catastrophic Fire of London was raging, meaning that little business was being carried out.

Ultimately, Behn, Scot and a second English spy in Antwerp, Thomas Corney, all turned on each other, and all three were writing letters to the headquarters in London intent on destroying the characters and credibility of the others.  Predictably, the story did not end well for any of them.  Scot was arrested by the Dutch.  And, unnerved by his fate and by the threats of her landlord to have her imprisoned for debt, wrote directly to Lord Arlington to plead for money.  Arlington responded by sending enough to settle the most urgent bills and by terminating her mission.  It was some expensive months later that Aphra Behn finally left Antwerp, and then only by borrowing £150 from an Edward Butler.  As for Scot, he was released from prison, but soon afterwards vanishes from the record, possibly murdered by one of the many people with grudges against him.

Early 1667 found Aphra Behn in London, broke and out of work – she had gained a lot of material for her new trade of writing, but it was clear she was not of the material from which good spies are made.  By some accounts she was briefly imprisoned for debt.  But a few weeks later she was spotted dancing with a group of friends.  And four years later, when her first main house play was staged, the theatre audience, if the prospect of watching a play written by a woman was not enough, was also given the added attraction of an author who was also a spy:

The Poetess too, they say, has spyes abroad. Which have dispos'd themselves in every read, I'th' upper Box, Pit, Gallerus, every face You find disguis'd, in a black Velvet Case. My life on 'tis her Spy on purpose sent, To hold you a wanton Complement; That so you may not censure what she's writ; Which done, they le face you down 'twas full of wit.

For more information on the codes used by spies in the 17th Century click here.