Aphra Behn grew up among Royalists, and kept their view of the world throughout her life. This meant a number of things. Firstly, she was personally loyal to the Stuart kings, first Charles II and then James II. His removal and replacement by his daughter Mary and her husband William was evidently very unwelcome to her – she seems to have been writing poems loyal to James even after he left the country, and Aphra turned down a request to write a poem welcoming William and Mary – although she did produce a piece welcoming Mary alone. Evidently the joint sovereignty was the step too far. 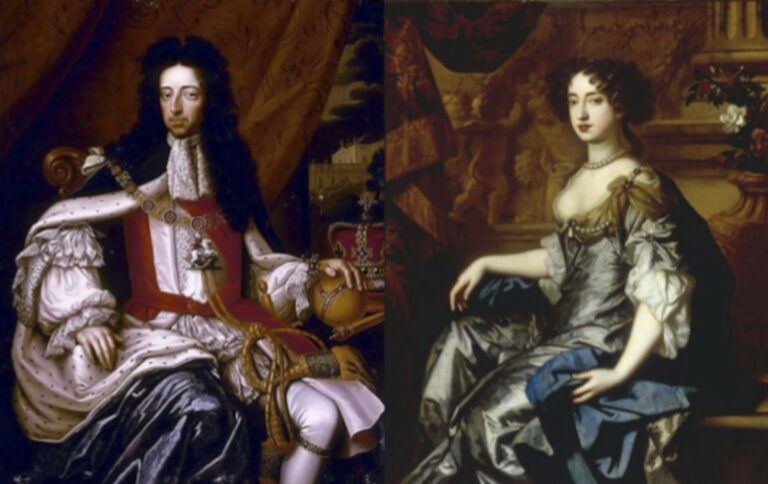 At first sight this aspect of Aphra’s view of the world appears surprising – it is clear that she believed that there was a social class of “natural” rulers, including the Royal family, the nobility and gentry. Responsibilty and taking power are what they are there for. To make sense of this, it is necessary to remember not only that Aphra’s family and friends as she grew up were Royalist, but that her teenage years were overshadowed by the effects of the wars. These included not only strife and uncertainty but food shortages, housing shortages (according to one estimate around a third of all housing was destroyed in the west country and midlands) – and a higher proportion of the population was killed in the civil wars than was to be killed in the First World War. There was also a long period of disruption, poverty because of failed businesses and family and relationship breakdown because of political differences.

So, to Aphra Behn, anything was better than civil war, and if avoiding it included excluding everyone but the elite from power, so be it. One of her plays, “The Roundheads”, mocks everything to do with the Commonwealth government. And in “The Widow Ranter” the attempts by anyone not born to rule to have any kind of political power are not only ineffective but corrupt and ludicrous.